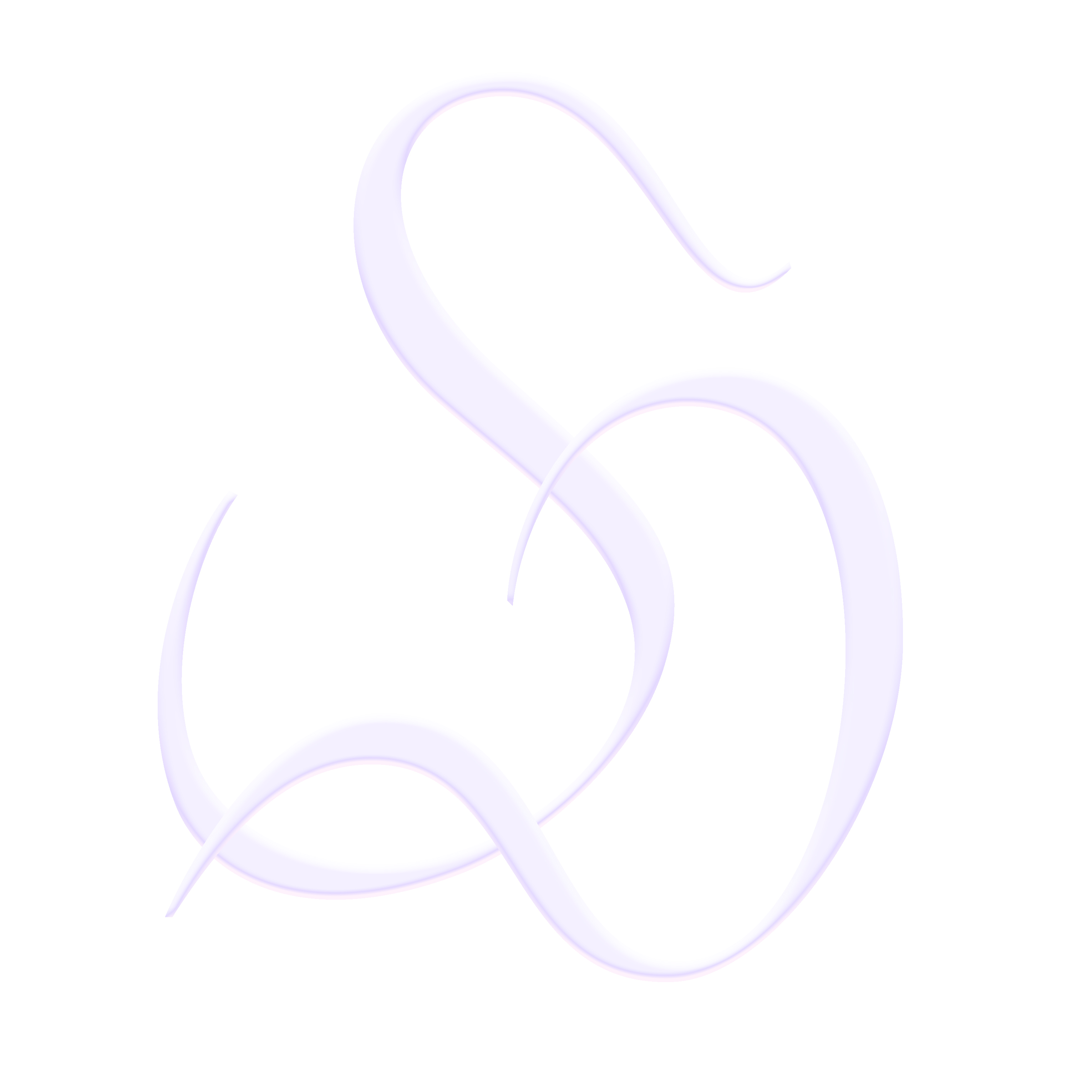 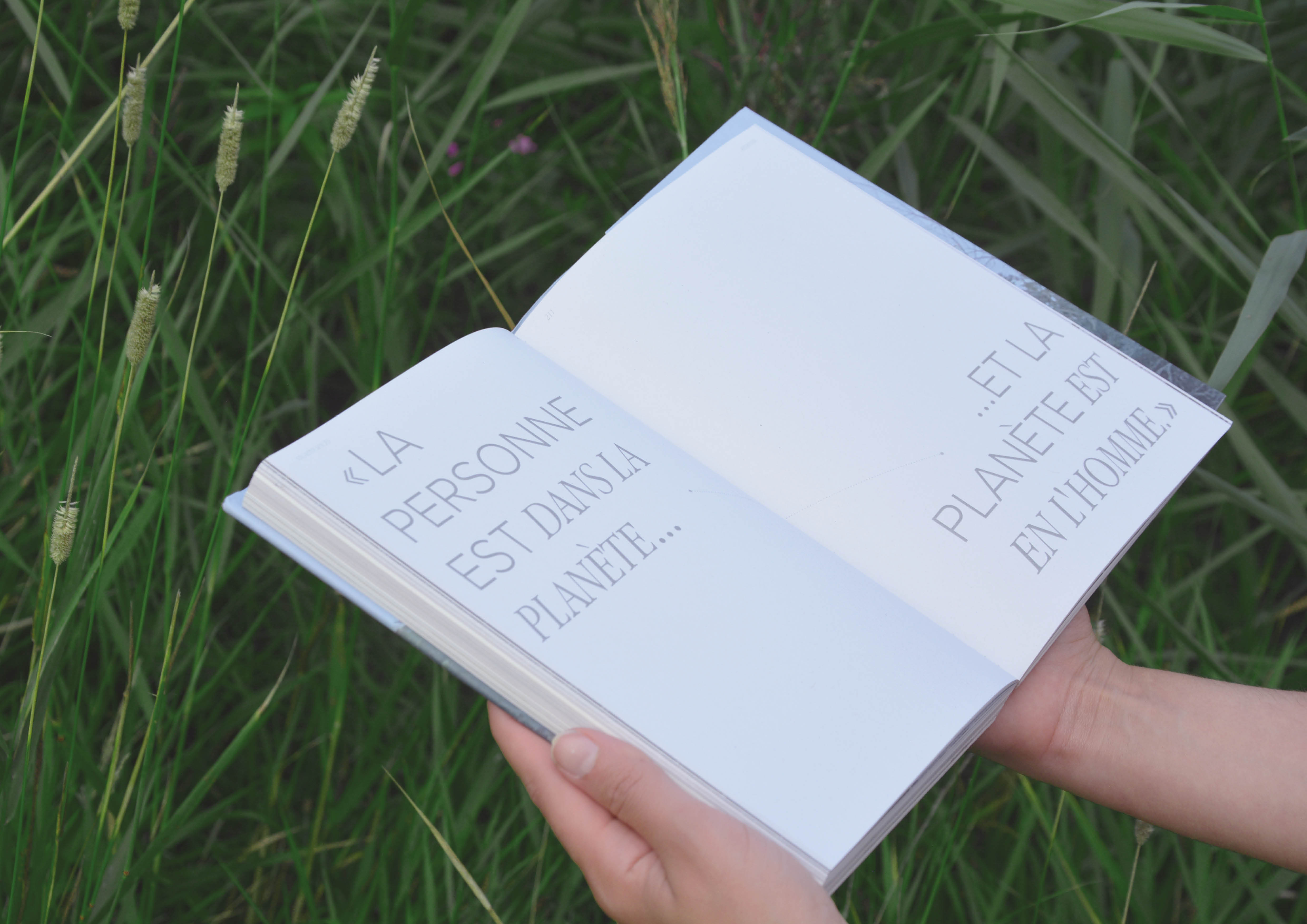 "The highest function of ecology is the understanding of consequences." This sentence written by the science fiction author Frank Herbert in his novel Dune is the starting point of this project. It was my springboard for reflection on a subject that has been calling me for several years; the relationship that human beings have with the natural environment, and more particularly the human definition of space.

If I had to define space (I mean terrestrial space, which stops at the borders of our planet), I would say that today it is above all an area defined by its availability, presenting advantages and constraints to human settlement. When Mankind understood that he could expand, and thereby sustain his need for fulfilment, space was divided into territories, themselves divided into places, themselves destined to belong. Space is thus observed, studied, measured and used for various purposes, making it possible for Man to assert himself over the whole natural environment. In this way, we have developed a kind of opposition between two ontological terms that are nevertheless inseparable: nature and culture. Barriers have been put in place, giving rise to the idea of a nature reduced to its quantifiable potential and usable by men. 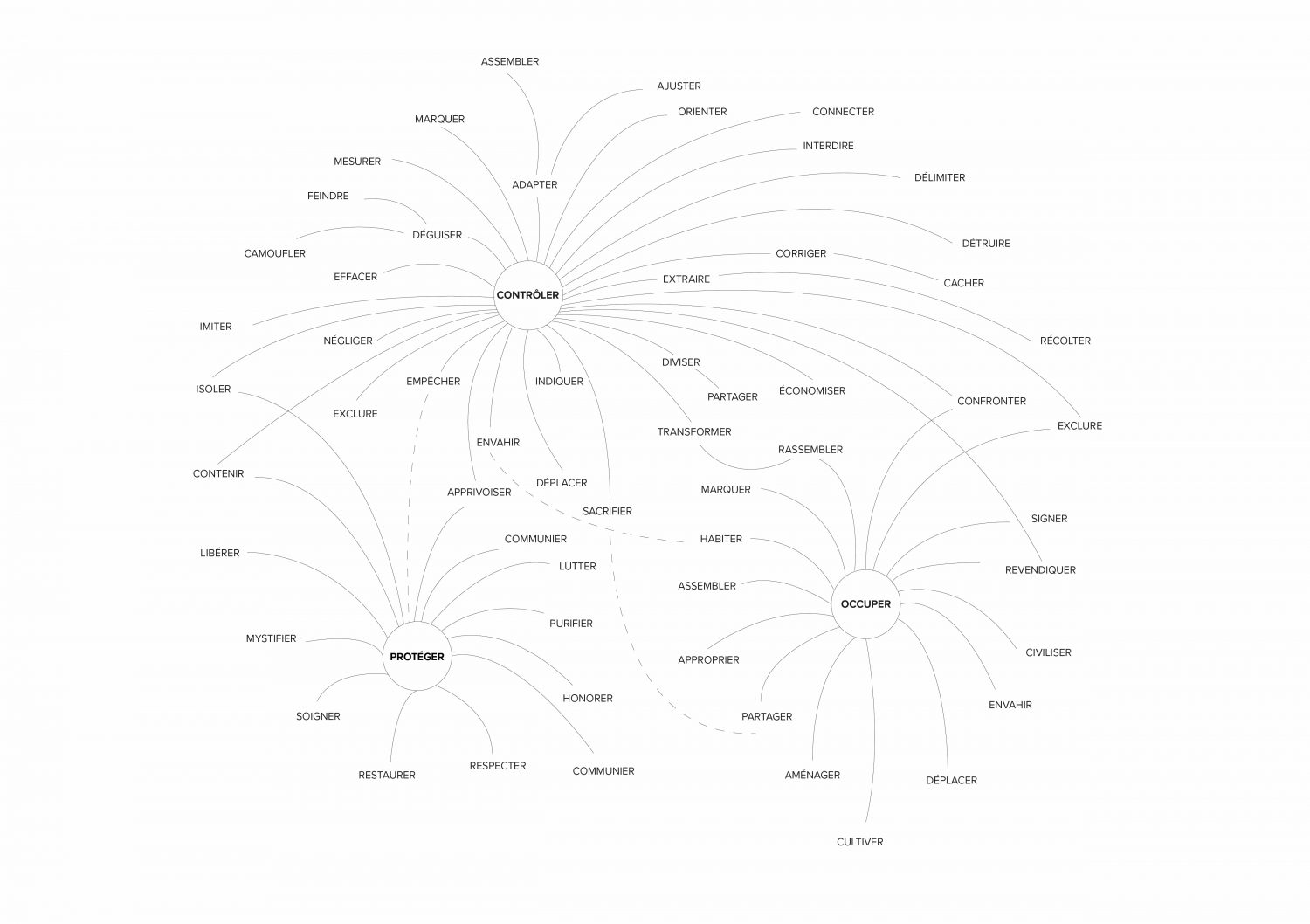 My project opens with a photographic study of everything I could interpret as a gesture on what we define as "our" environment. Adapting, delimiting, inhabiting, imitating... These photographic wanderings have allowed me to identify terms, structure my ideas and come to interesting conclusions, which I have chosen to bring together in a scheme organised around three main poles: occupying, controlling and protecting. This preliminary study shows us that Nature is not only a sacred entity, nor an environment full of resources, but above all the main stage of human expression, where a certain image of the world stands up and questions the way we try to control it. 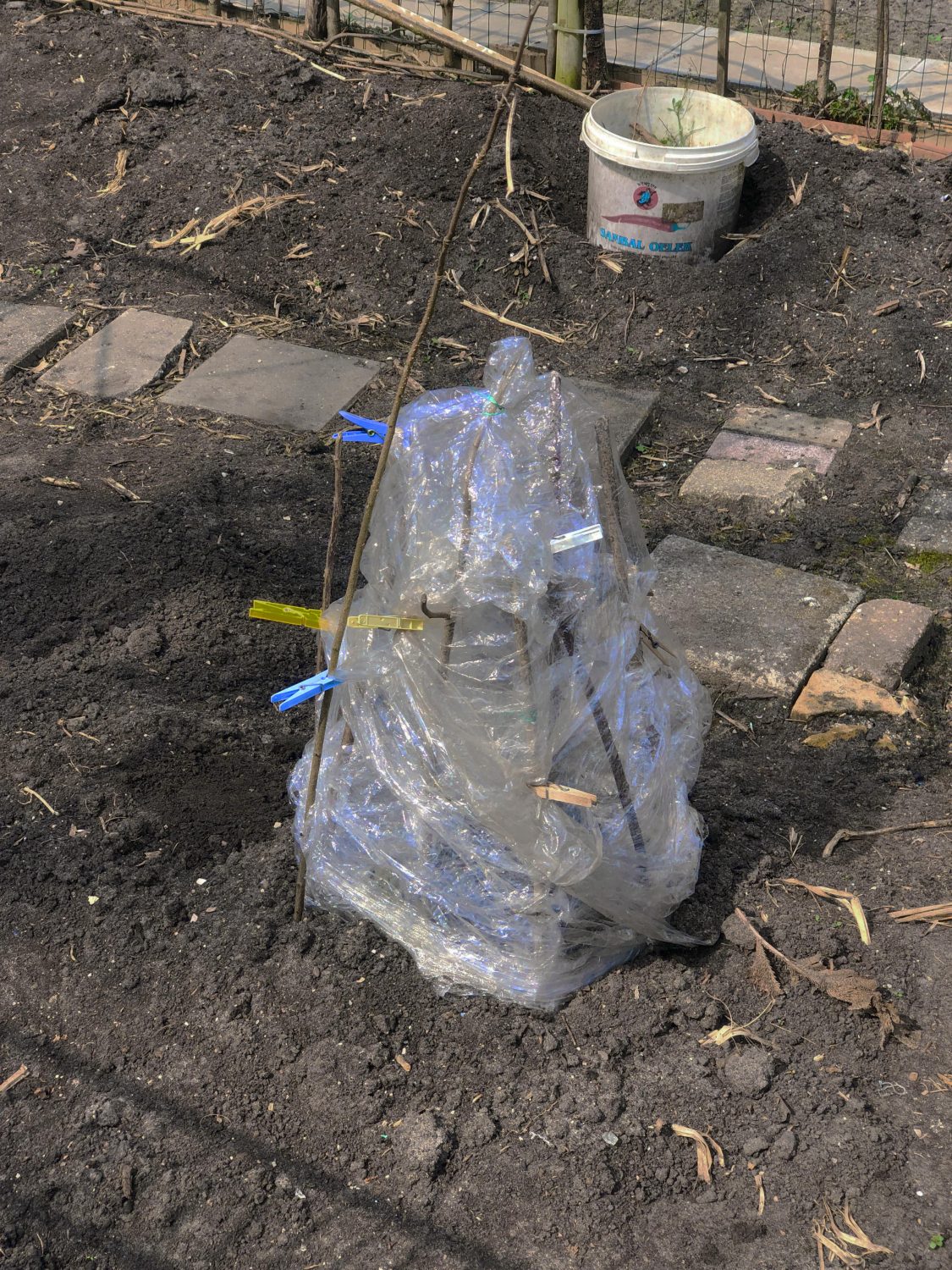 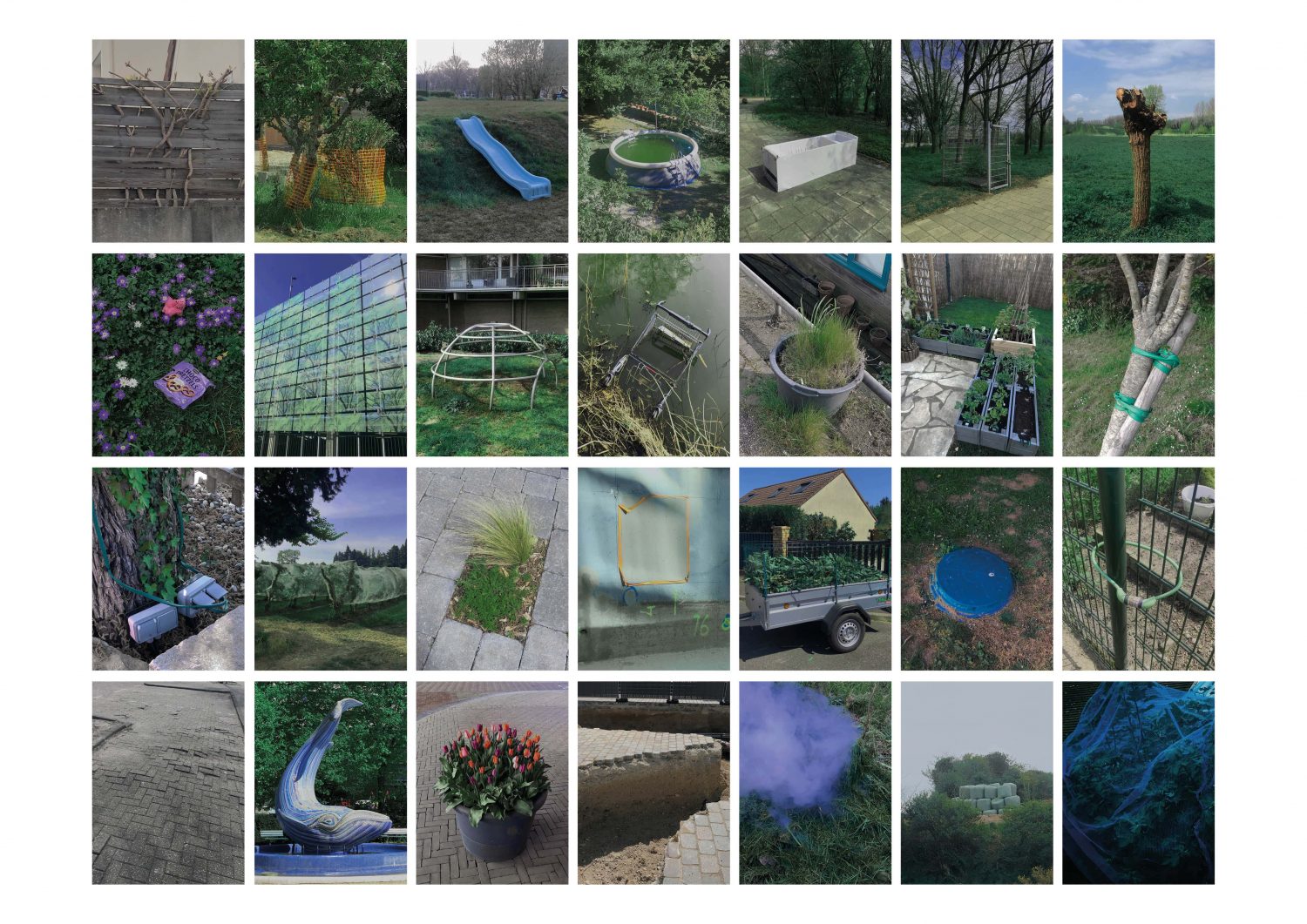 The idea of the editorial object arose from my interest in confronting my visual study with the thoughts of those who have thought about the ecological question from an original angle. Thus, the second part of Negative Spaces proposes a corpus of texts and iconographies proposing a true global turn of the Anthropocene. I have chosen to organise this content in a gradual manner. Thus, this second didactic part is itself divided into three chapters: Understanding, Redefining and Finding one's place. The question that often arises is: how can we recreate harmony between human beings and the biosphere? In this dialogue between philosophical and scientific essays and reproductions of contemporary artworks, we understand that the world is how we have made it, and that if our way of living in it is problematic today, only a total redefinition of our foundations will be able to save harmony and social coexistence within the planet. Each author or artist in this book proposes, in his or her own way, a complete reinvention of Man through a fundamental questioning of his or her dominant position. Finally, the third part acts as a conclusion by proposing extracts from major literary works of the transcendentalist current that echo the ideas presented in the rest of the book. 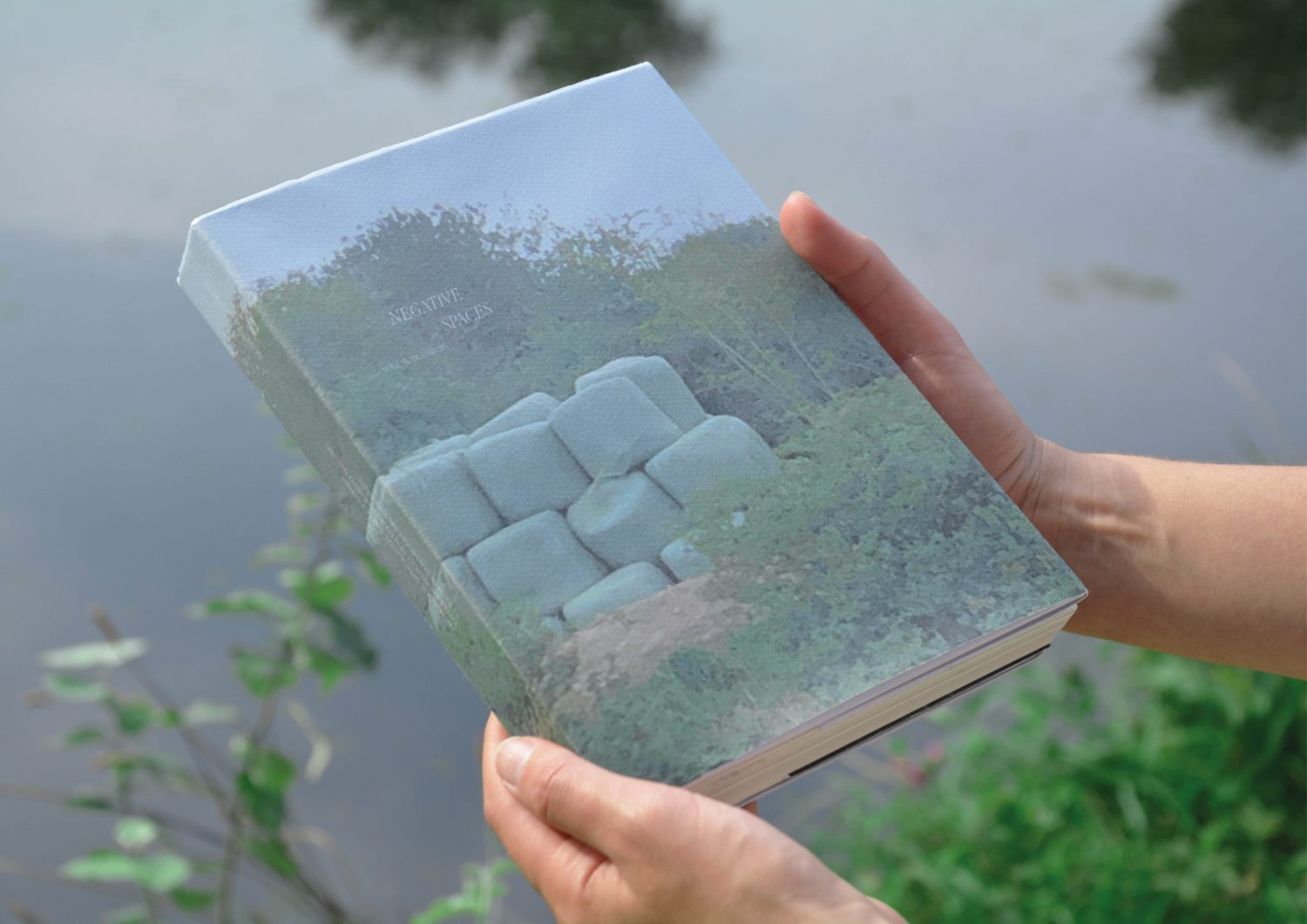 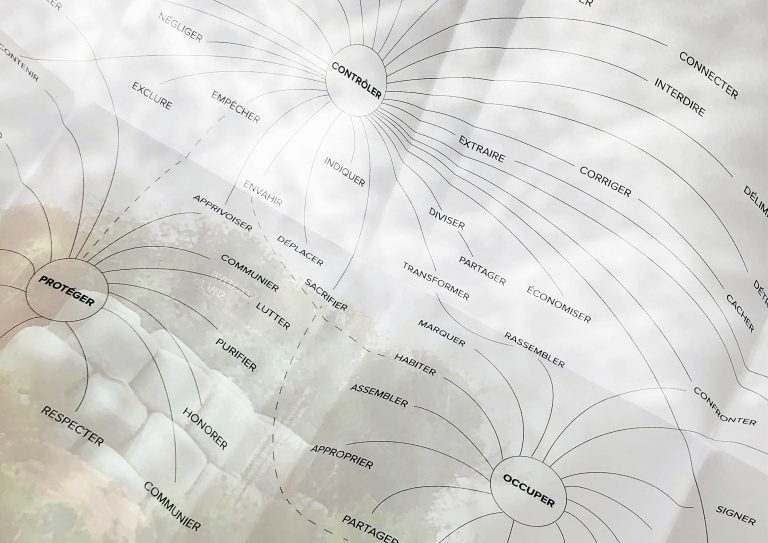 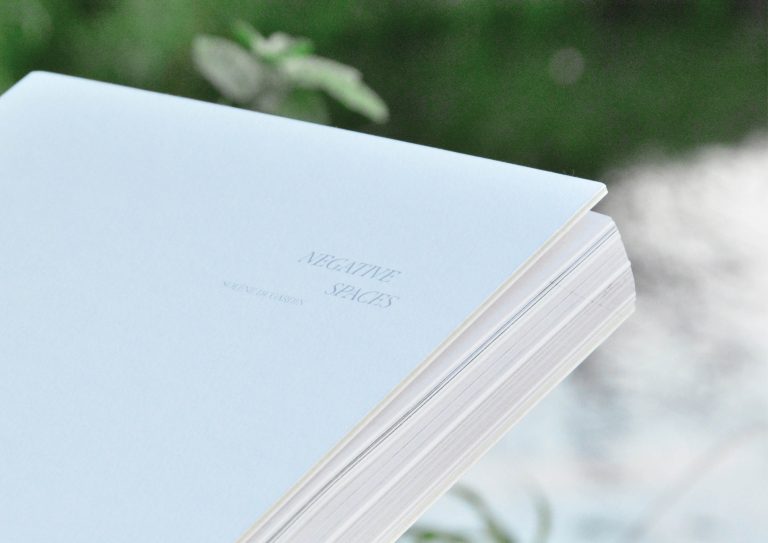 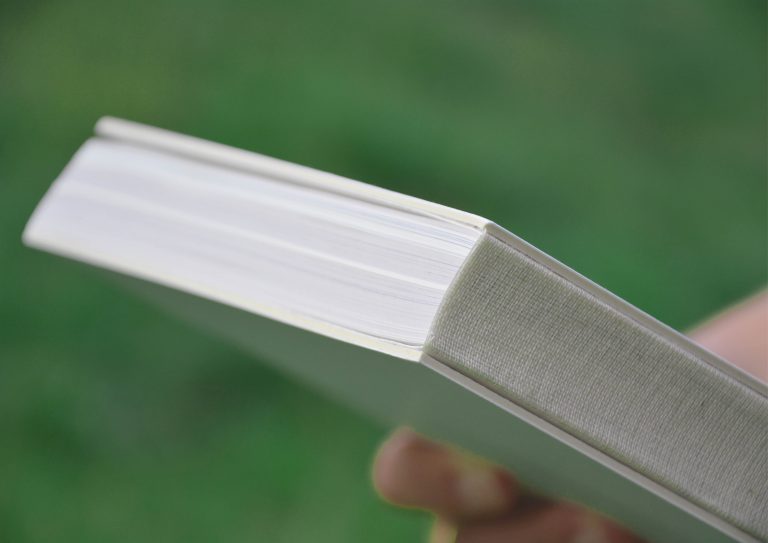 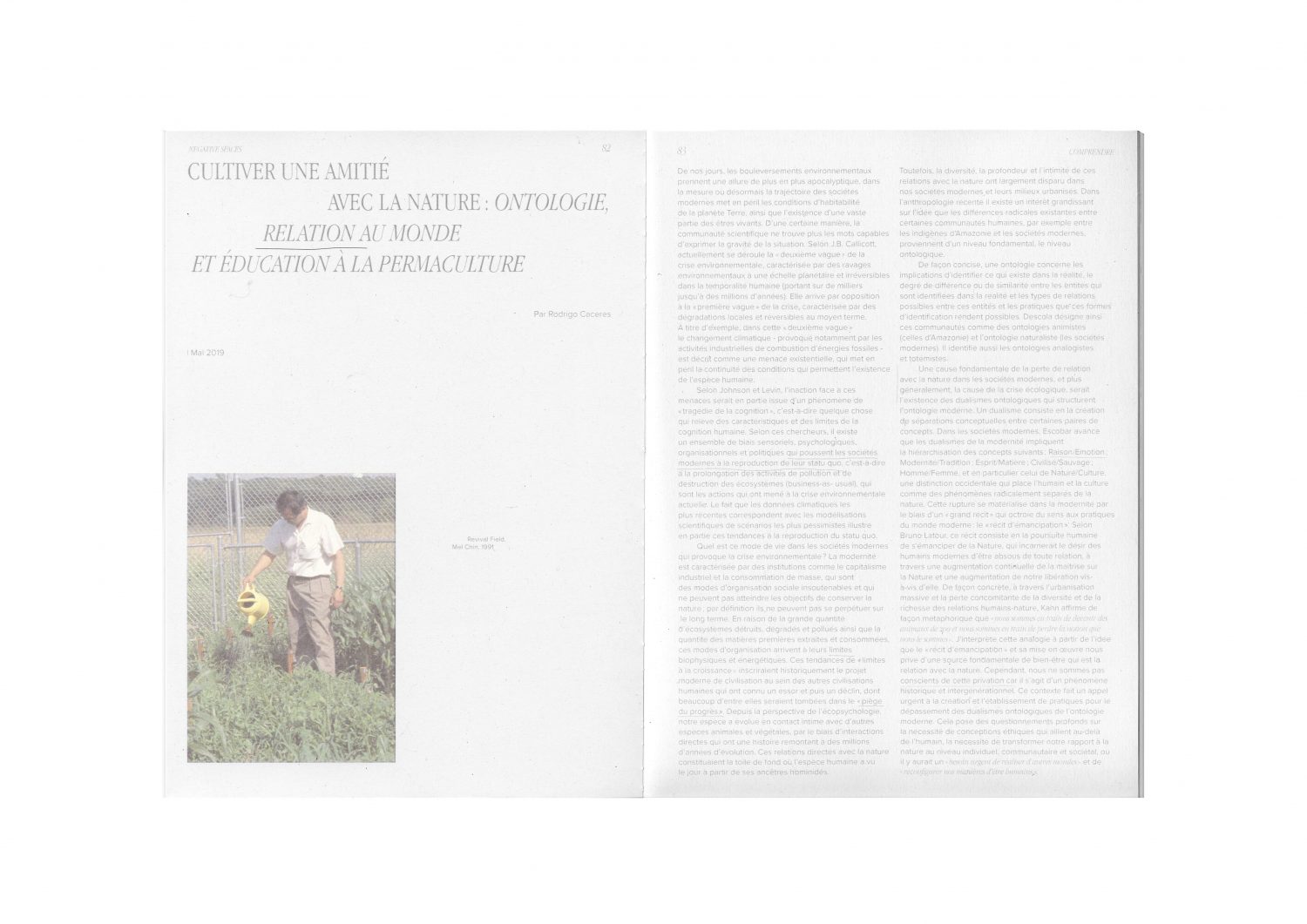 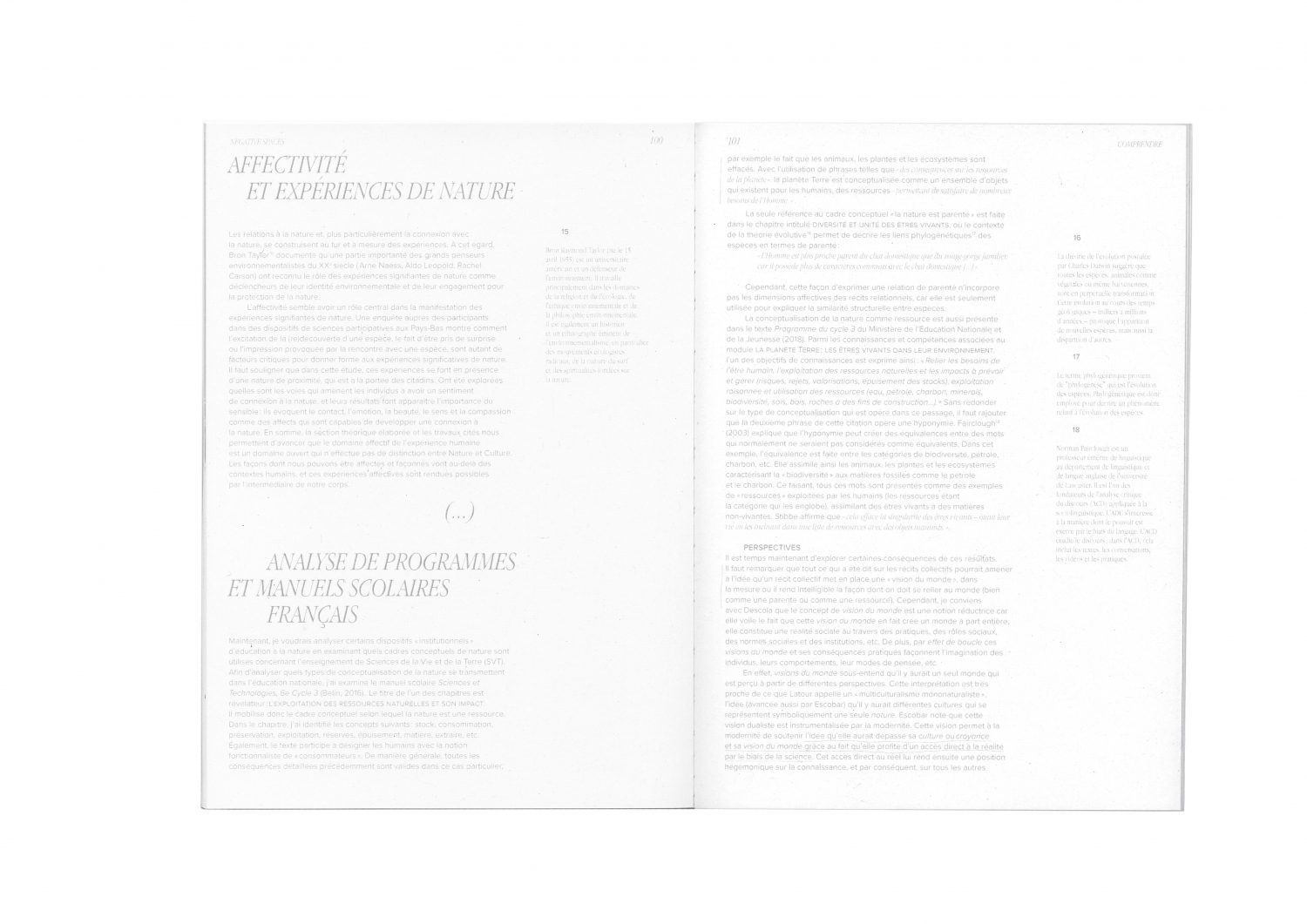 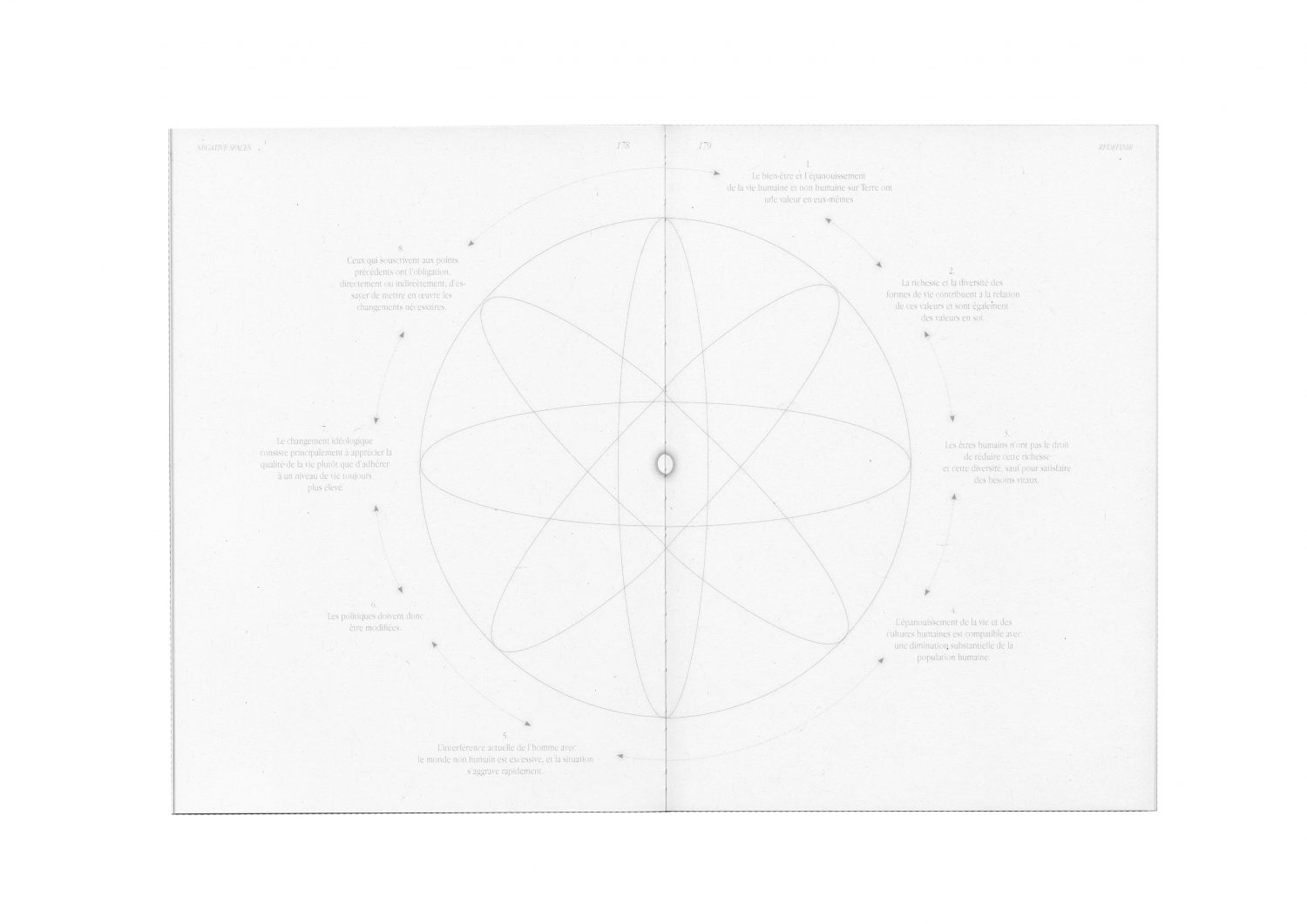 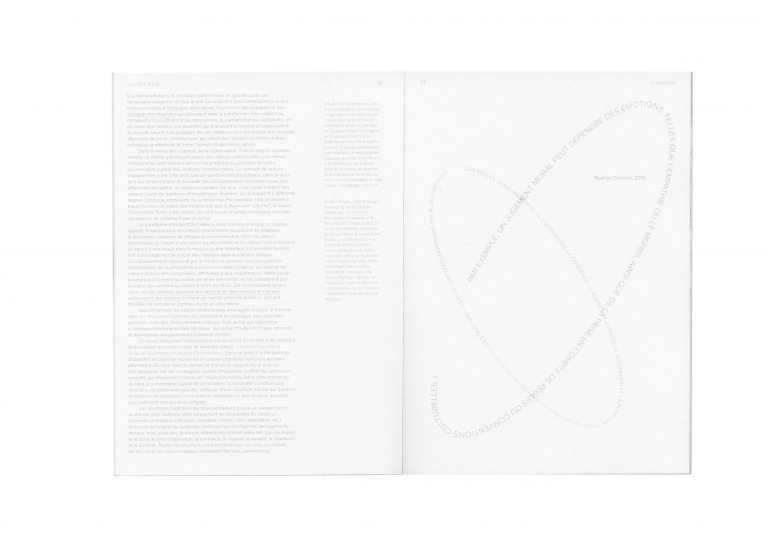 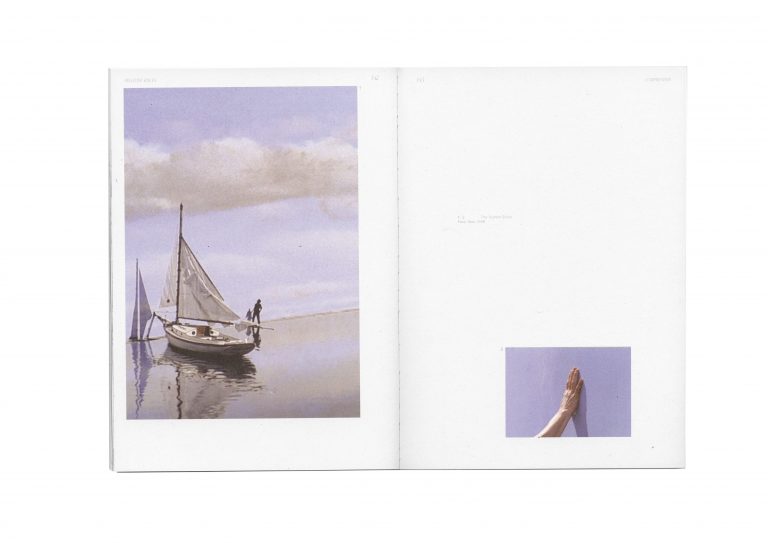 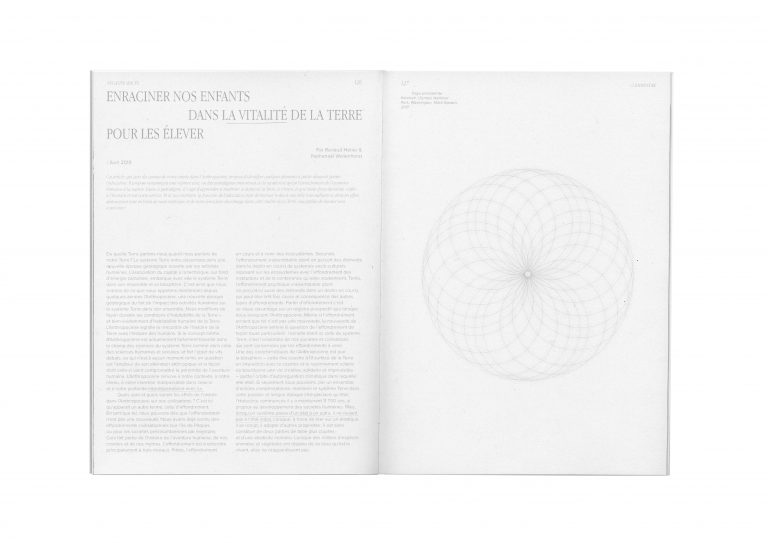 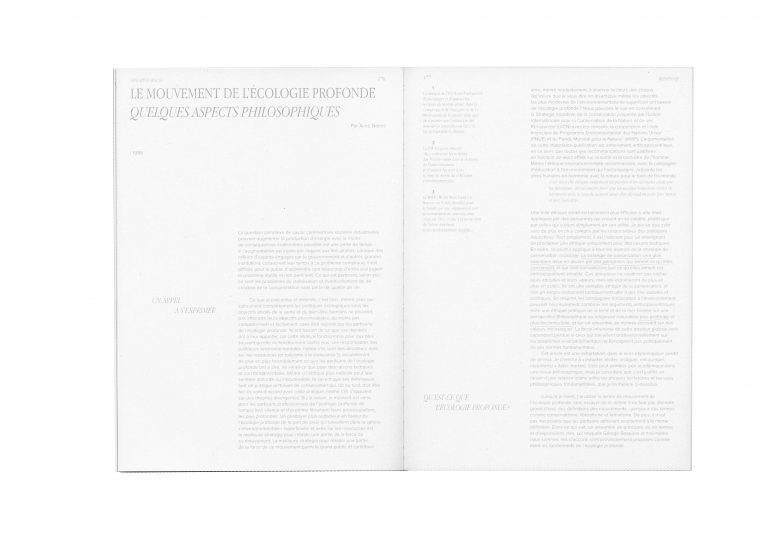 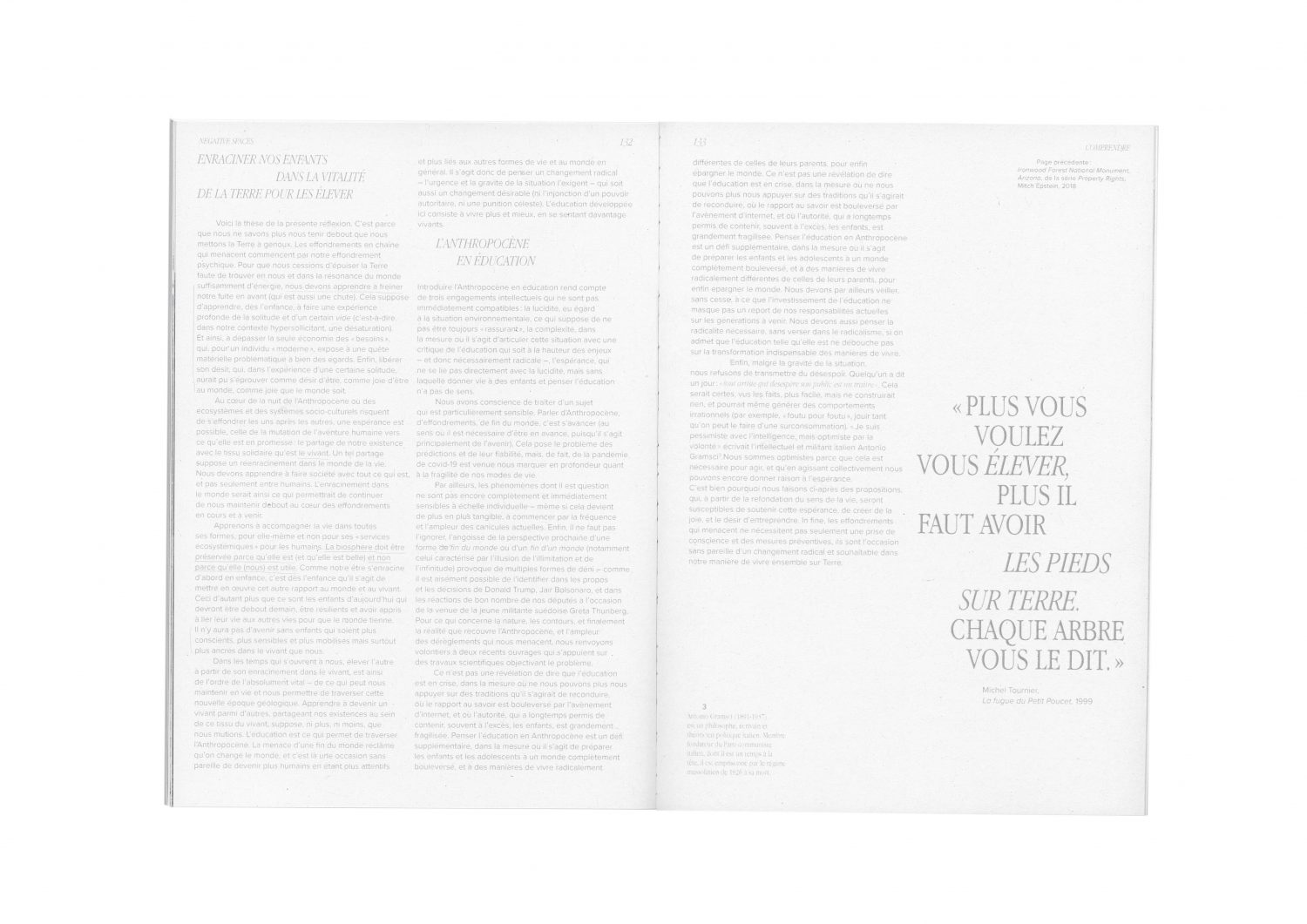 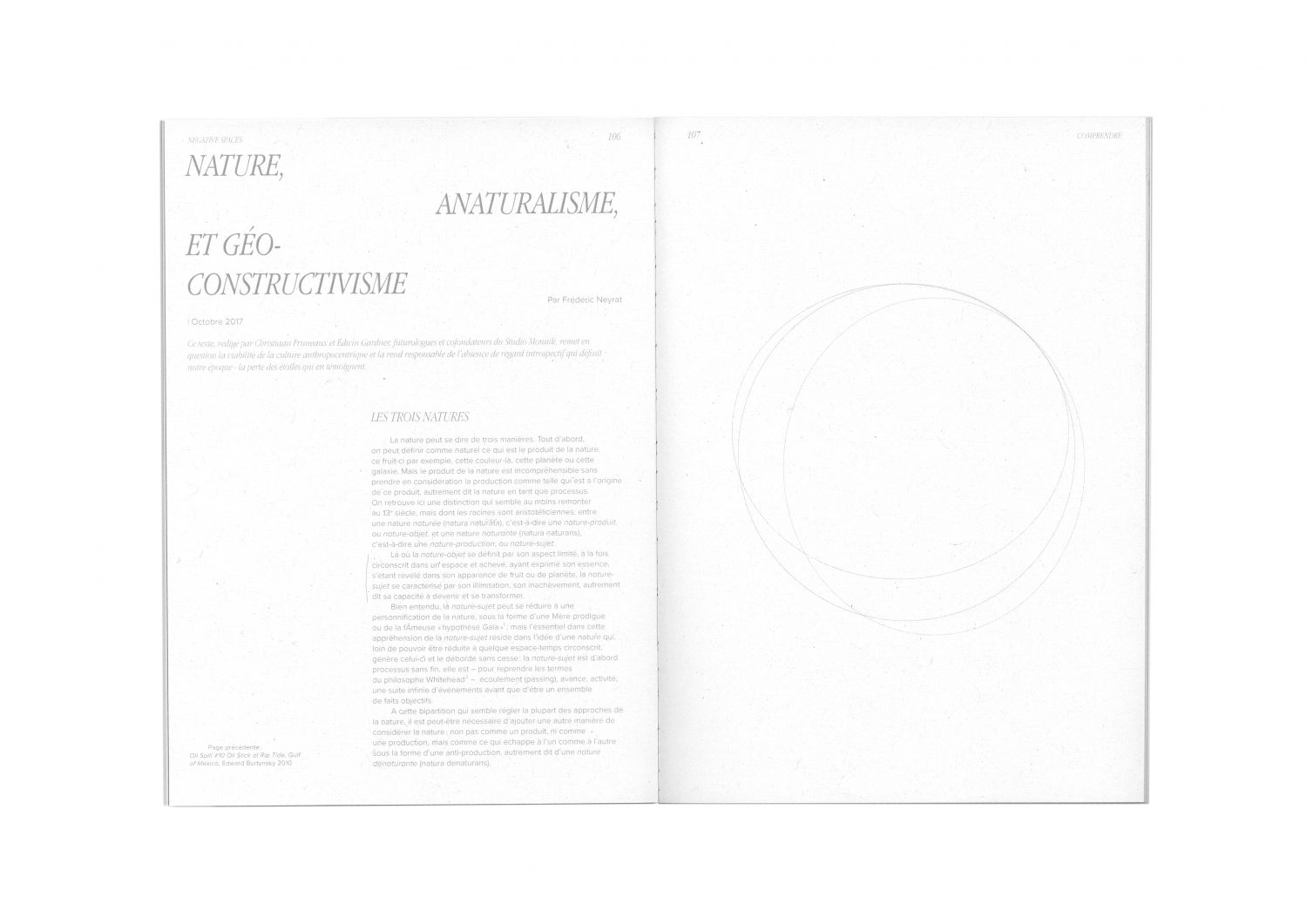 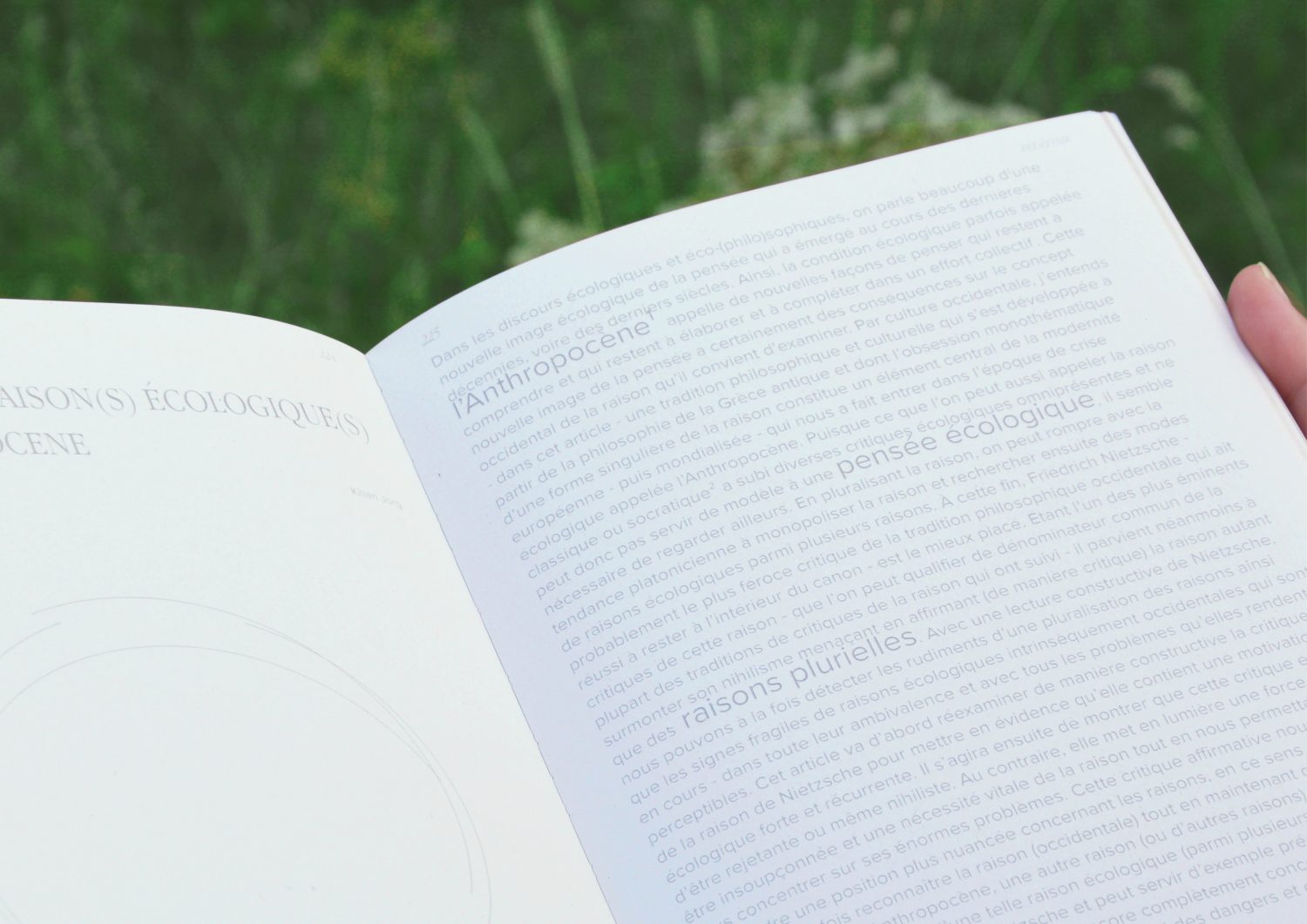 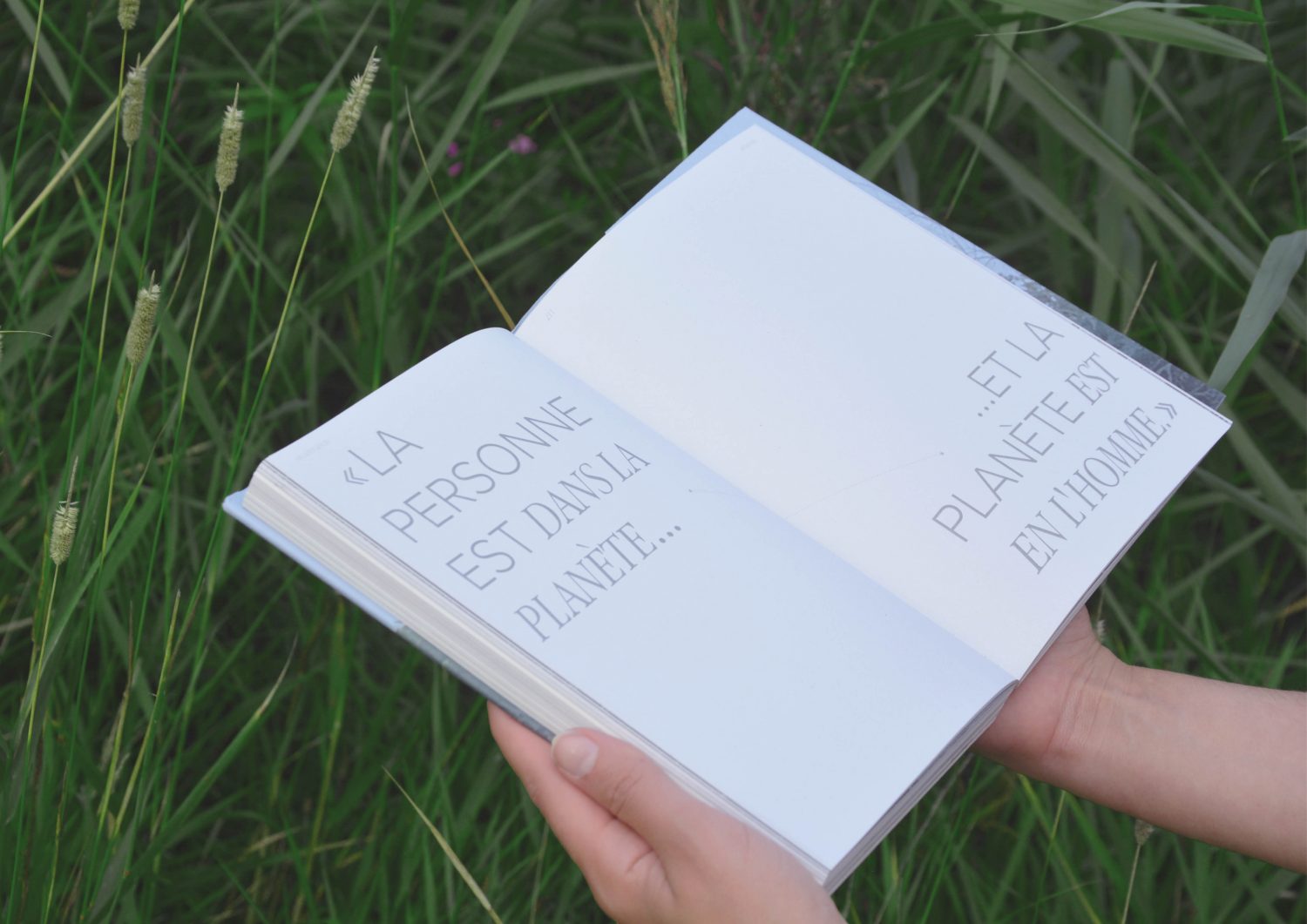 It is important to emphasise that Negative Spaces is not part of a catastrophic and paralysing discourse in the face of environmental pressure; on the contrary, I have acted on the assumption that hope is a far more fertile ground than fear. My objective was to give this book a soothing look, which can be seen in my graphic and colour choices, my editorial interventions, or in the central place given to the circle, symbol of harmony and unity. I have also created a dozen graphics offering a visual and meditative interpretation of certain texts, thus making it possible to approach complex themes such as consciousness, conflict, interdependence and balance in a more pictorial way.

I believe that creation has a real role to play in the question of redefining the relationship with the living; it is the interest of my project to propose an entry towards simple discourses and concrete solutions through design, which has a real didactic power capable of reaching the consciousness. It is obvious that the future of this great transitional project lies in the educational sphere, and that it is our choices in the way we transmit that will shape the world of tomorrow. It is time to invent a new way of inhabiting the earth and to understand that the habitat/inhabitant relationship is not just a notion but a relationship, and that like any relationship, it needs to be nurtured.