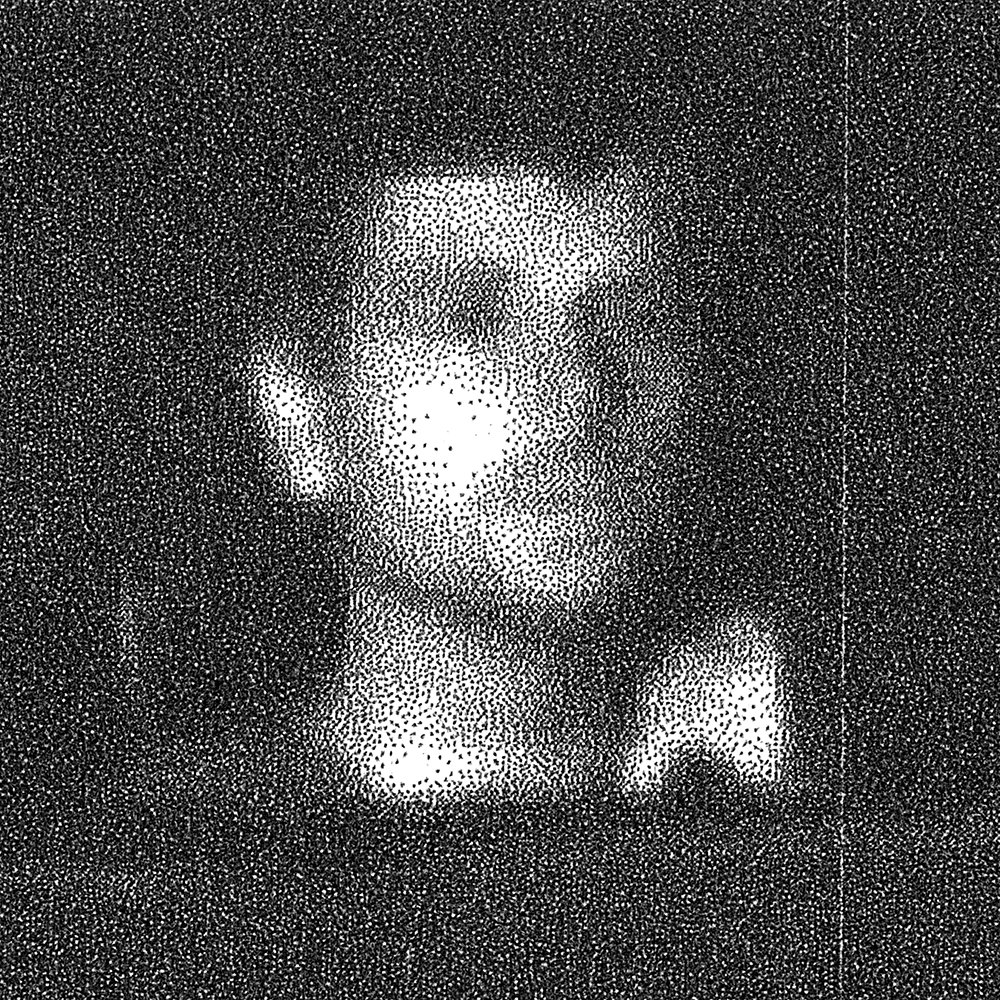 The Smooth – The Broken 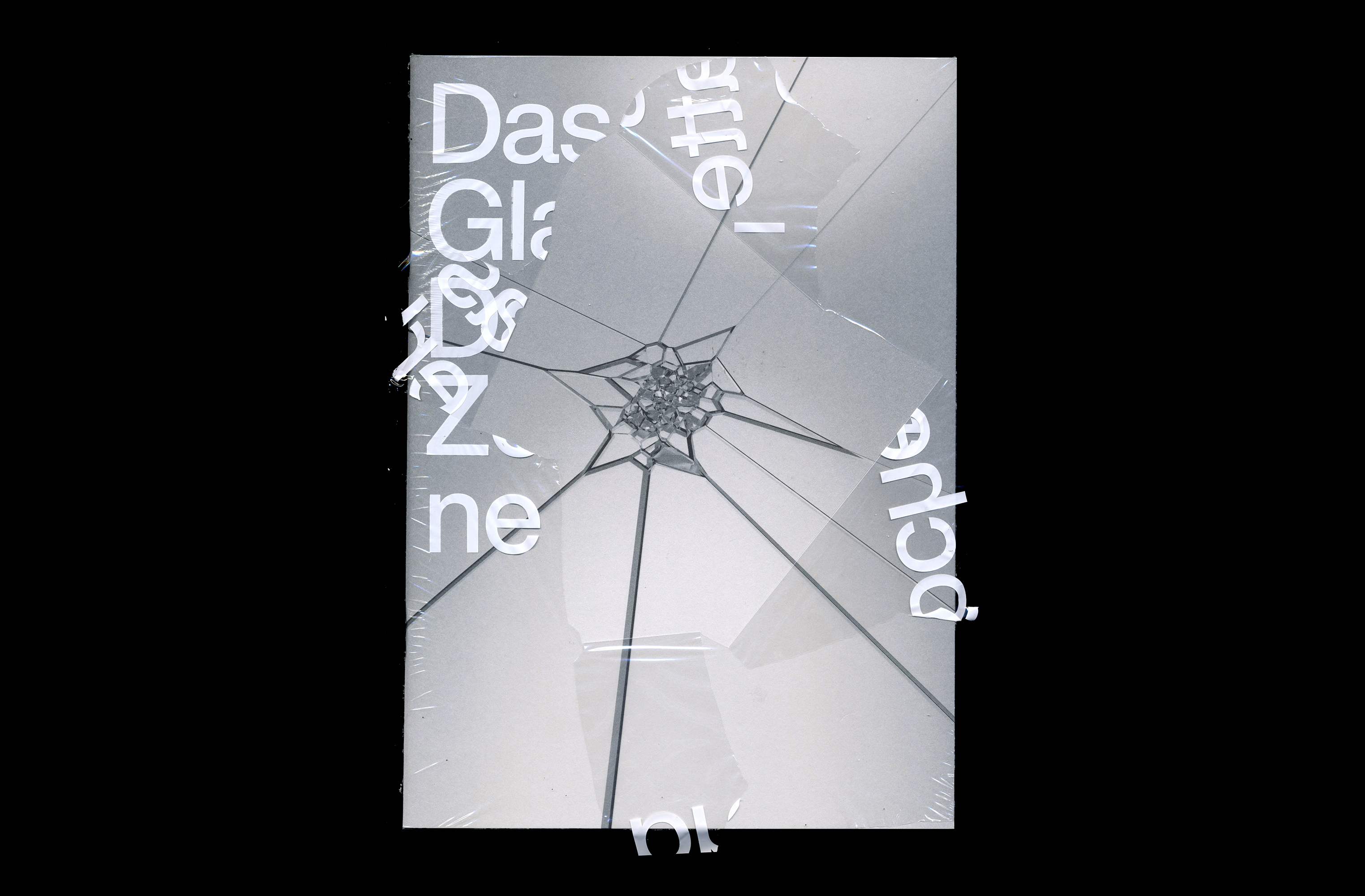 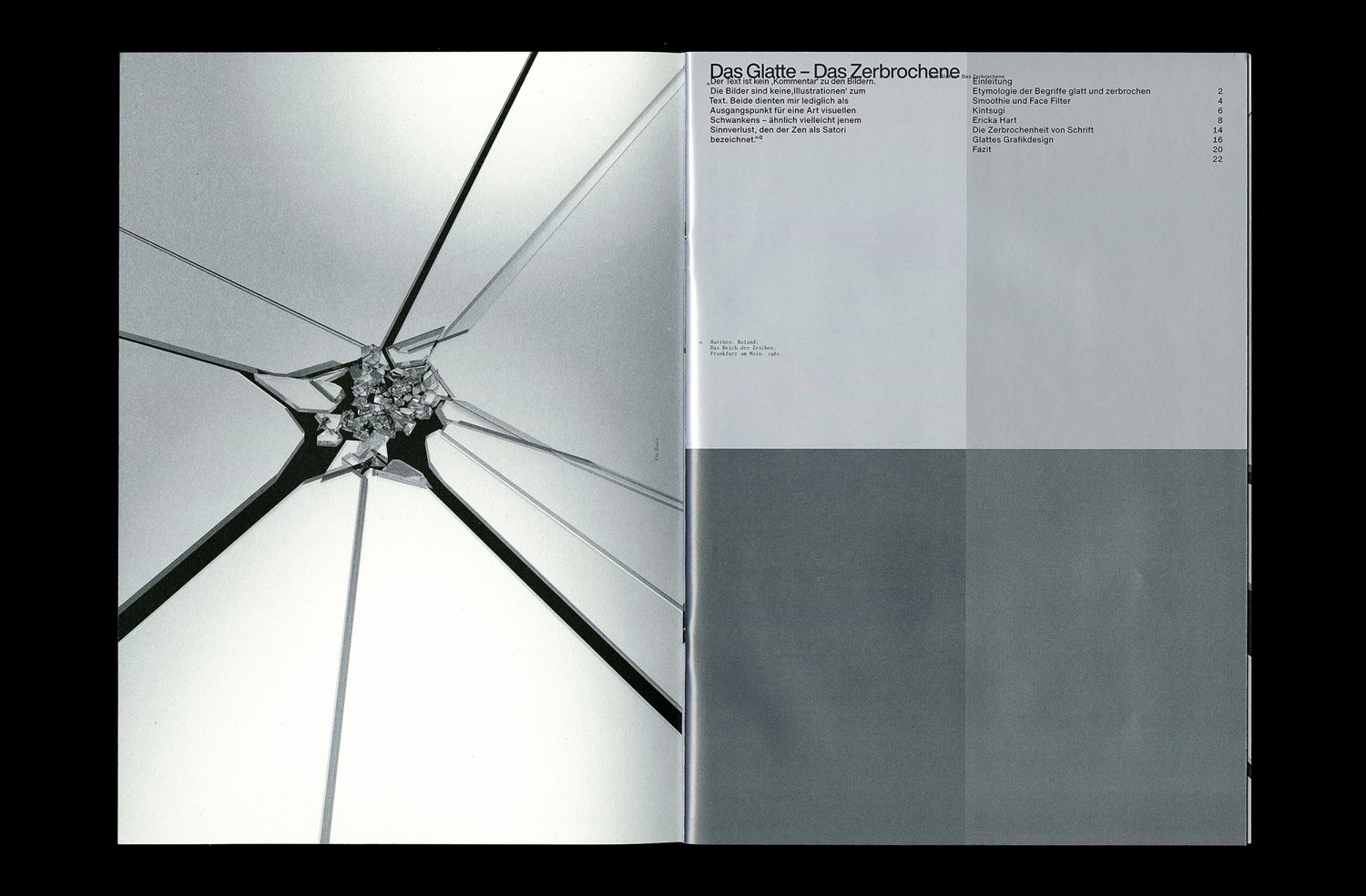 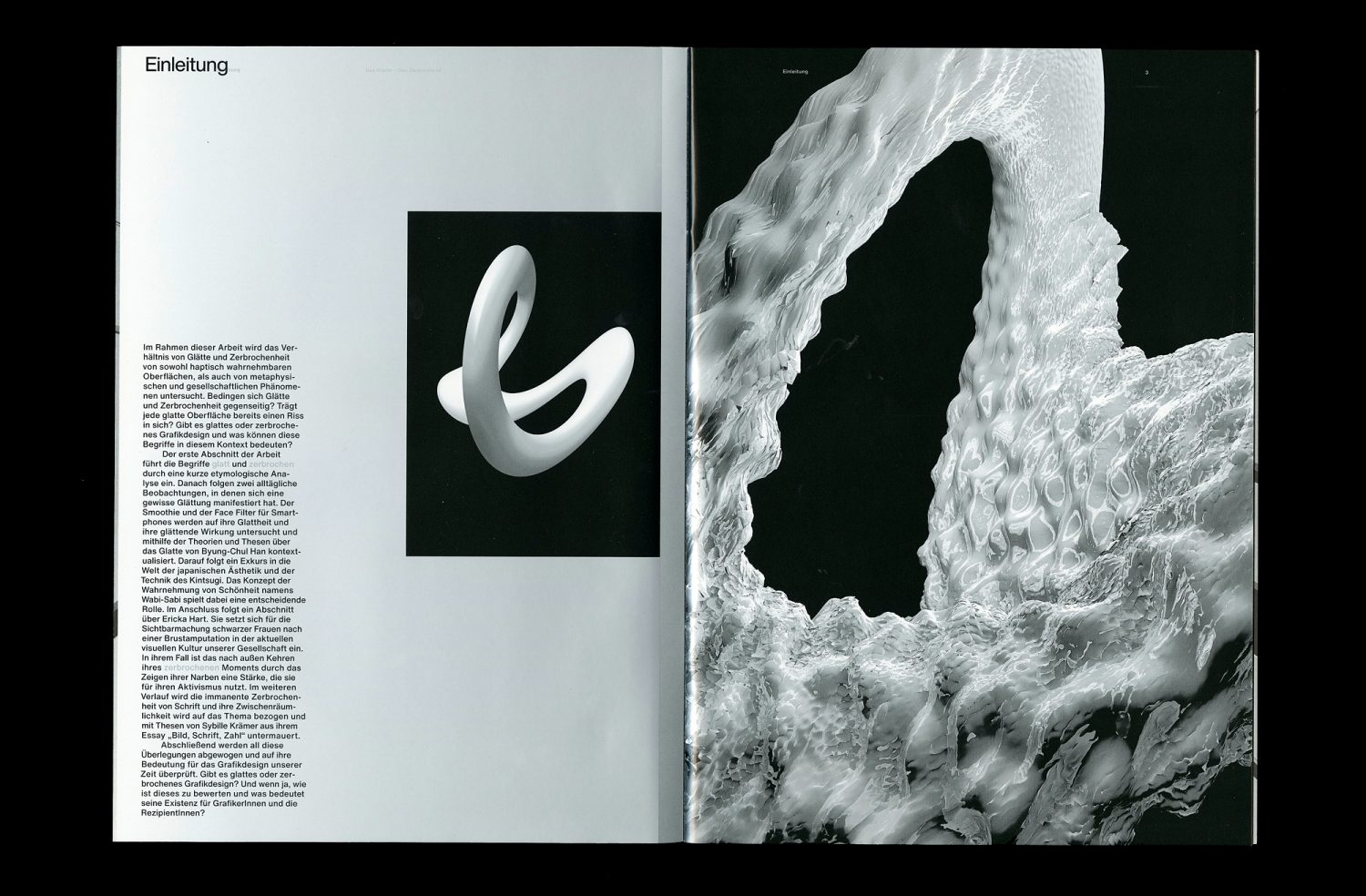 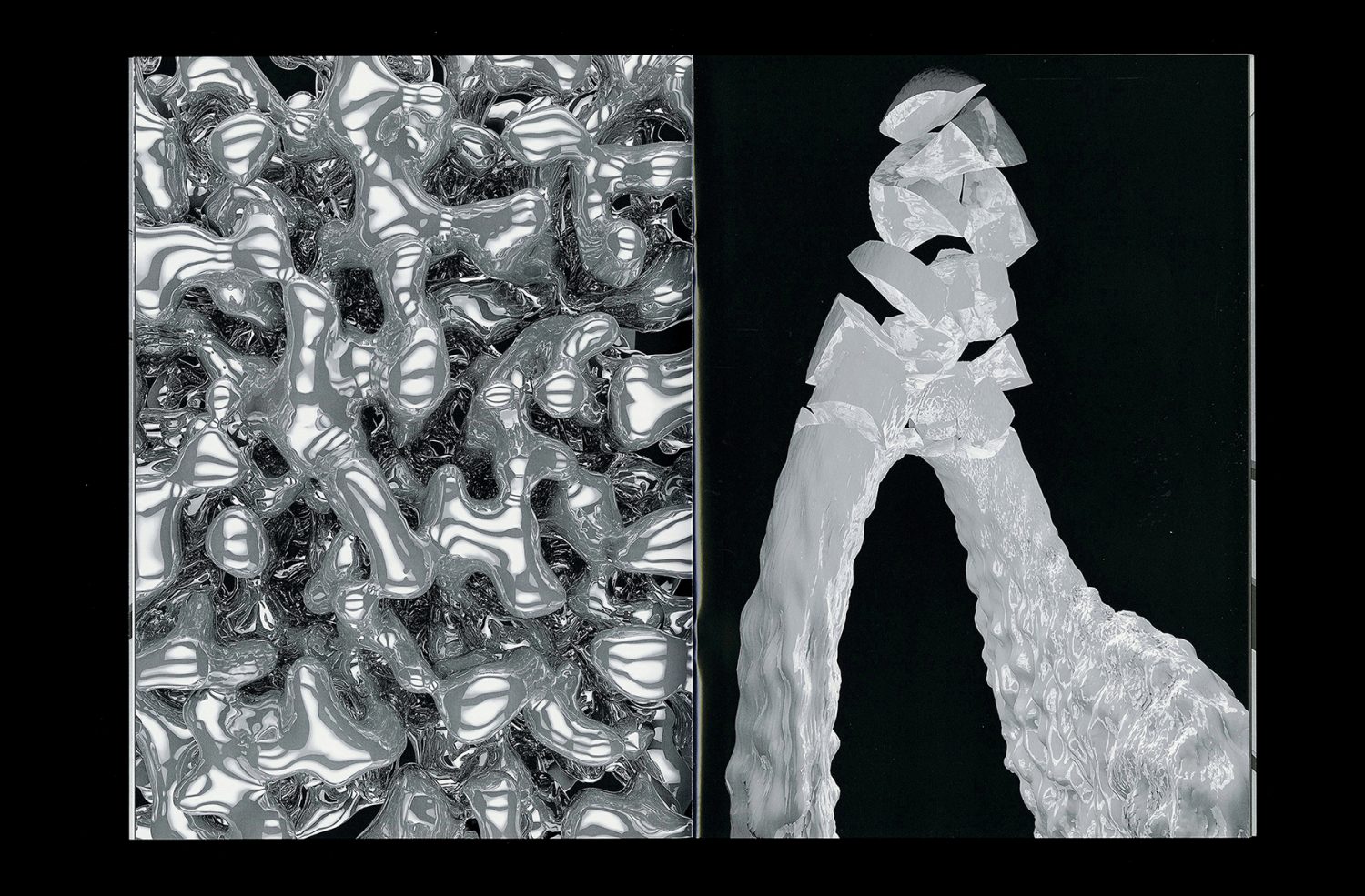 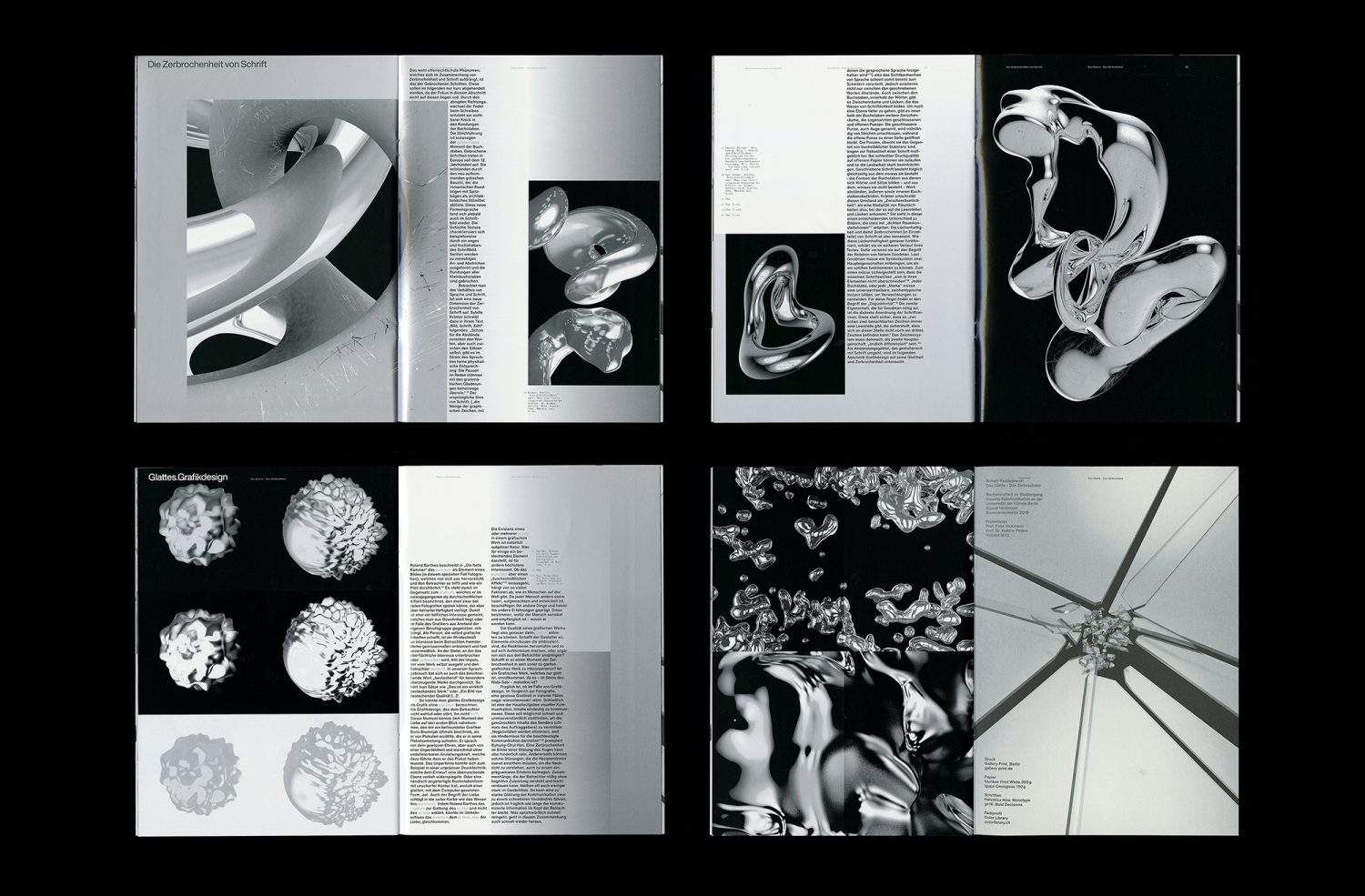 The relationship between smoothness and fragility of both haptically perceptible surfaces and of metaphysical and social phenomena, is examined in this work. Are smoothness and fragility mutually dependent? Has each smooth surface already a crack in it? Is there a smooth or a broken graphic design, and what can these terms mean in this context?
The work consists of a magazine-like reader, theoretical essays and abstract visualizations of the described phenomena. It was produced in offset printing with silver and black, which adds a specific glow and another contentual dimension to the images. In addition there is a screen printing edition which is also reduced to the colours silver and black. Using an augmented reality app on the smartphone or tablet, the static image becomes a moving animation.
Offset printed using a silver-black colorprofile by colorlibrary.ch
The Project was realized at the University of the Arts Berlin in the class of Fons Hickmann.